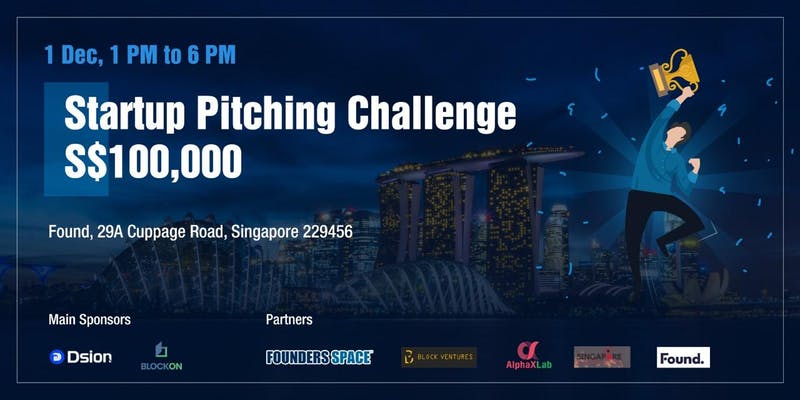 If you are looking for incubation & mentorship chance with Silicon Valley-based Incubator or just networking with Entrepreneurs, Startups Founders, Angel Investors & VCs from Singapore, this is the event you shouldn’t miss.

We are still accepting submission for Startup up to 30th Nov 5 PM for Competition and Incubation & Mentorship chance with Silicon Valley-based Incubator!

*S$100,000 is sum of cash winning prizes, incubation fund, MVP fund & Grant. SG Entrepreneur Grant is subjected to approval and it is applicable to 1st timer for Singaporean & PR only.

Apart from winning prizes, there may be additional investment in exchange for equity from the following investors.

More Investors/VCs will be added in soon.

Anuj is the co-founder & CEO of Startup-O which is South East Asia’s leading online platform for startup assessments, investment & venture building. He is driven by the vision of democratising innovation by enabling authentic entrepreneurs to succeed with a ‘Fast & Fair’ connect to strategic capital & global networks. Anuj has rich ‘Go To Market’ knowhow across 14 Asian markets from ‘Japan to Jakarta’. He gained a wealth of experience in his career spanning across major consumer product MNCs like Procter & Gamble, Glaxo SmithKline Beecham, WIPRO, BIC. He is a strong contributor to Singapore & SEA startup ecosystem since2013, and as such, has a deep understanding of pain areas for both startups and investors. He led scaling of an F&B SaaS platform in the region that helped in its series B funding and his weekends were spent in training 150+ startup founders through a structured startup boot camp and mentored many others before he co-founded Startup-O in early 2016. A strong proponent of the ‘Pay it Forward’ philosophy, he actively shares his knowledge and experience with brave entrepreneurs and investors alike. Originally from India, he is living in Singapore with his family since 2002.

Jackson represented Singapore at the EO GSEA as the National Champion, and was recognized as the top youth entrepreneur in Singapore. His Code4ASEAN program was supported by Former U.S. President Barack Obama’s Young Southeast Asian Leaders Initiatives (YSEALI). He was also one of the top 5 Venture Capitalist apprentices and was attached to Red Dot Ventures in a TV reality show – Tyro.VC. Some of his clients and partners include U.S. Department of State, NTUC and Grab. Earlier this year, Jackson became the winner of the inaugural Singapore Valley Awards (SVA), selected by prominent China entrepreneurs such as Alibaba co-founders to acquire deeper knowledge of the market and entrepreneurship in practice over at their HQ in Hangzhou China. He most recently started an e-commerce startup to help SEA merchants to enhance online distribution channels and sell effectively to China’s consumer market.

Corporate wise, executive with an entrepreneurial dimension, having over 35 years of proven experience in events, technology, advertising, interactive theme parks/museums, community branding and dialogue, game creation, social apps, augmented reality, robotics, LBS and mobile applications. Felix adds a strong leaning of creative and innovative twists to technology, constantly seeking partners to expand borders. He is a certified Sales Professional for IBM Websphere and Red Hat, and has a private mandate to alleviate the healthcare burden via early detection and intervention, therapy for autism afflicted, augmented visualization of cancer, EOL choices, EEG diagnosis, and telemedicine, with a new experience ambassador portfolio.

Jack is a serial entrepreneur with experiences with creating and building multiple startups. He led his previous startup to achieving half a million in revenue in its 1st year. He exited the company to build his 4th Startup, AlphaXLab. He is also Startup Mentor & Trainer at Found, ACE Startup & Founders Space. He has considerable experience with App & Web Development and mentoring startups from Local Polytechnics & Universities. He also works with multiple Blockchain/ICO projects with Startups/SMEs from Singapore, Malaysia, Indonesia, Australia, Brazil, Israel, Thailand & Korea as ICO Advisor/Blockchain Architect/CTO/Developer. He currently serve as Business Development Director at Block On Capital and CEO at AlphaXLab.

Zheng Rong (zr) has extensive regional expansion and growth experience. Since launching OCBC Frank card, he has been the driving force behind Kairos Society and DBS Hotspot company Toucan. As the managing partner of Merkle Tree Ventures, he has deep experiences and networks in the blockchain industry. Having been part of multiple blockchain projects he has comprehensive insights and industrial movements in the space.

He graduated from a Double Master Degree in the top #6 school of France & Spain (1 master in International Management and second one in Marketing & Sales). 5 years of experience as an account manager and sales manager in IT SaaS Solution with Oracle (Ireland) & online advertising with Criteo (Barcelona). Sales & Business process Advisor of several ICO in 2017 (Entry Money + Unchainet).

These are our partners for media coverage for the Final Pitching Event.

More media will be added in soon.

Dsion is a blockchain based investment platform that opens the door for safe and secure investments in startups using collective intelligence. For the mission of finding promising startups, Dsion Startup Challenges are held in various regions including Philippines and Singapore.

Block On Capital is Singapore-based Investment firm that invest in deep technology, blockchain & fintech. Block On Portfolio includes both traditional tech & blockchain tech companies. FTAG, one of the Block On Portfolio Companies, partners with Founders Space and heading Singapore Startup Scene by mentoring & incubating Startups in the region.

Founders Space is a leading global incubator and accelerator, based in Silicon Valley. With over 50 partners in 22 countries, we’ve built an international community of startups. Our community includes unicorns such as Instagram, Mashable, Change.org, GettyImage & more.

Found is a network of innovation campuses where ambitious entrepreneurs and corporates find coaching, expertise, and partners to create future-ready solutions. We are a Google partner meaning that we are the landing pad for overseas members of other Google for Startups partners, members, international mentors, Googlers and founders. We will often have the privilege of organising fireside chats, mentoring sessions and other events around their presence. 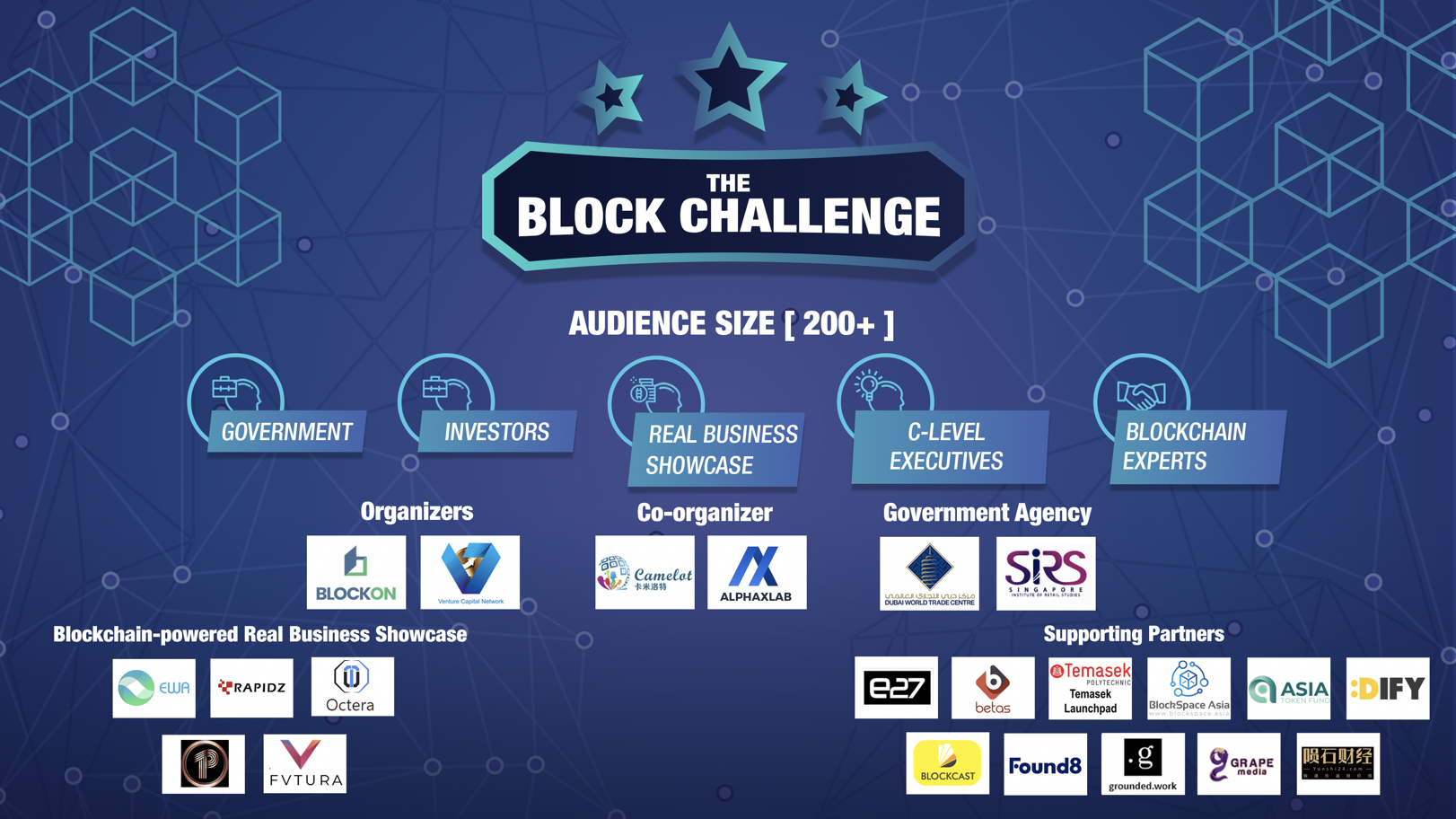 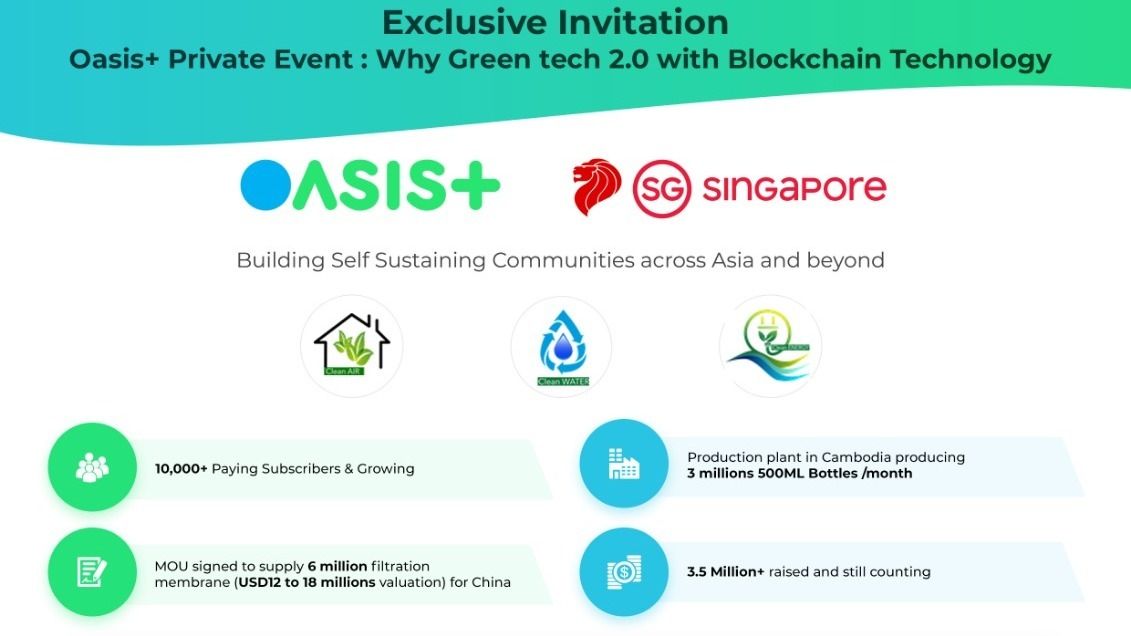 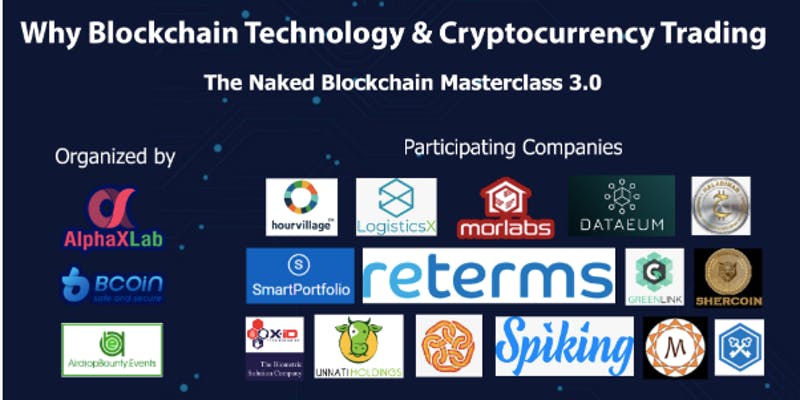 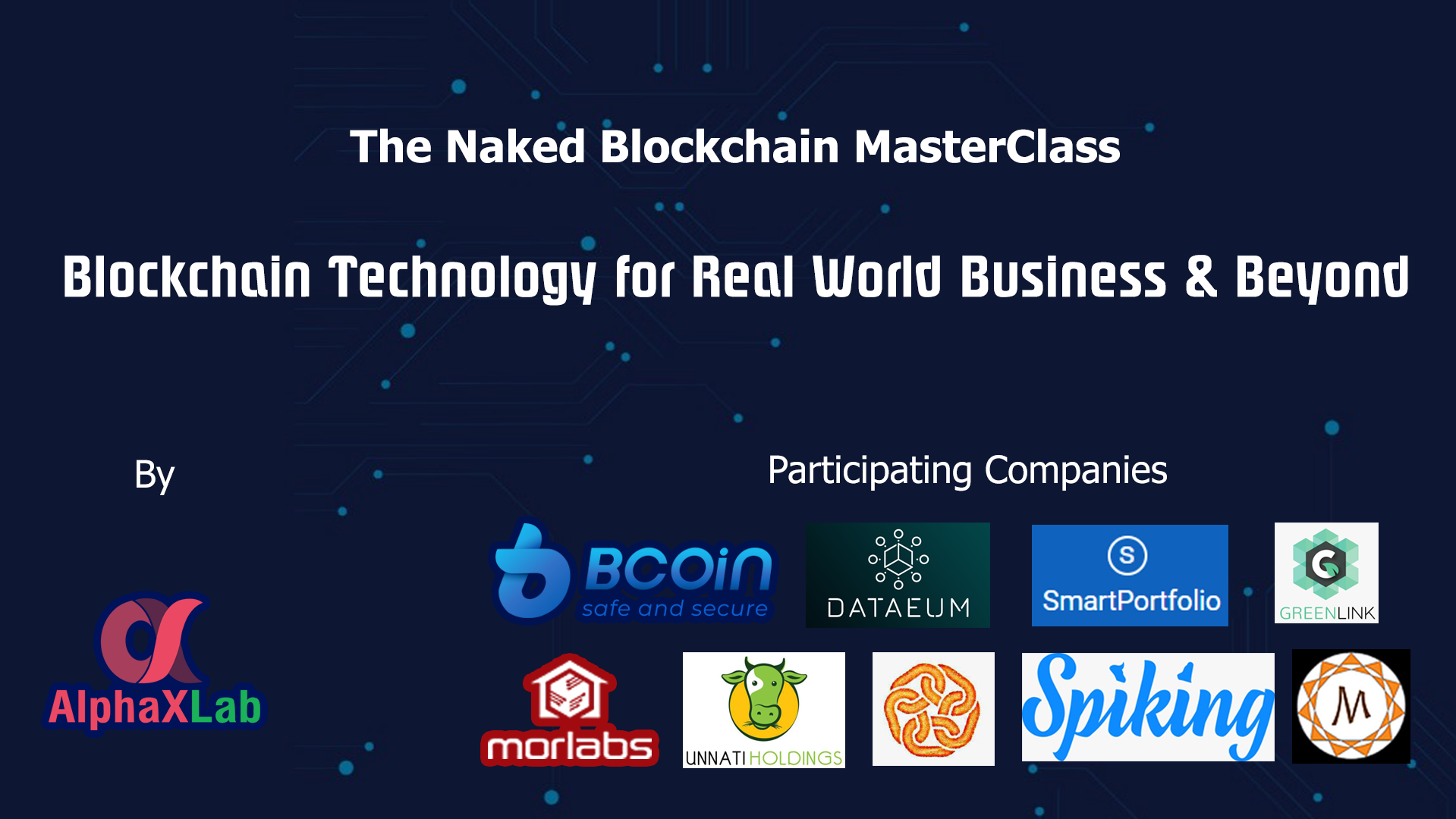 The Naked Blockchain Masterclass 2.0 Round... 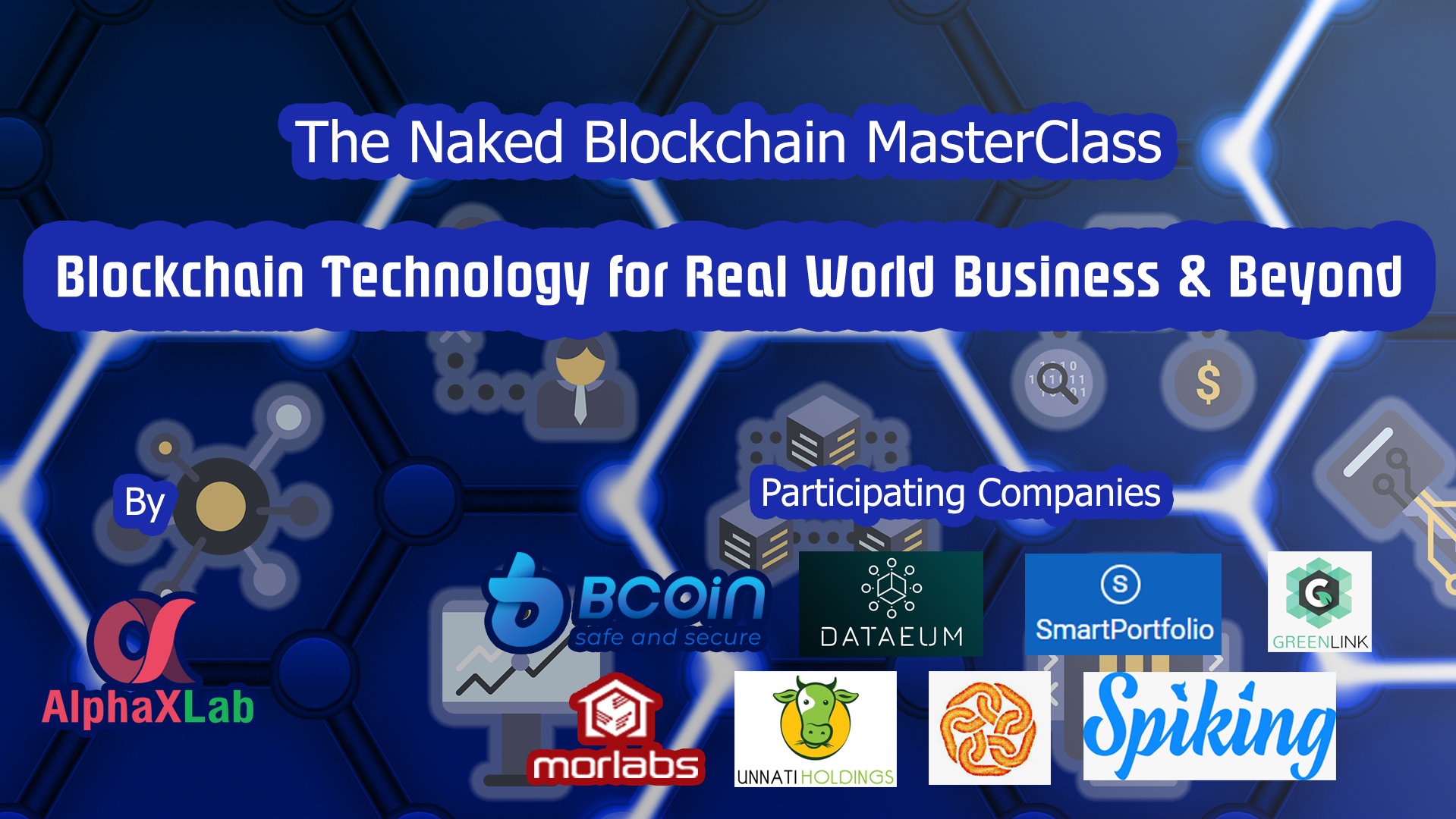 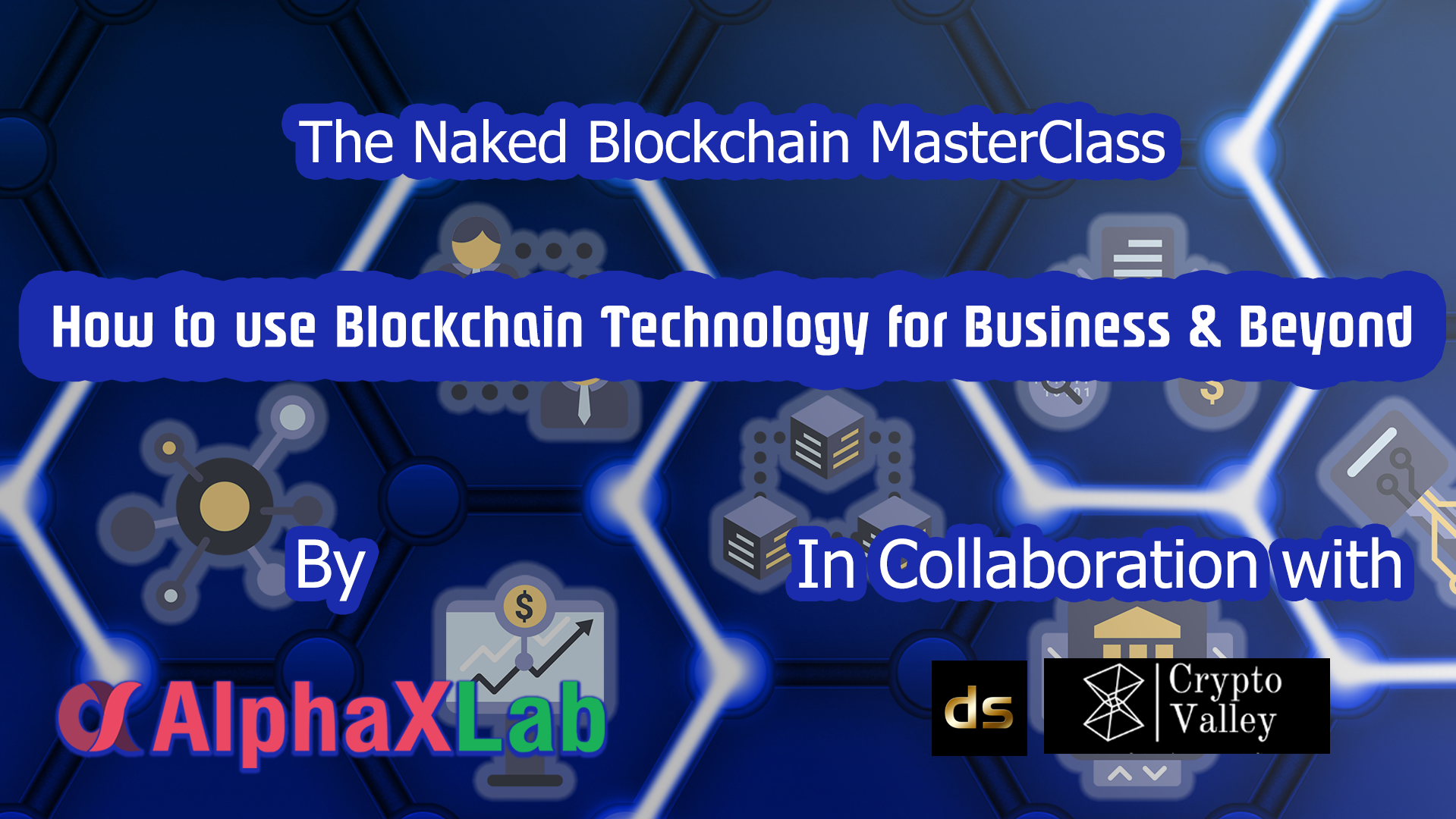 The Naked Blockchain Masterclass 1.0 Round...

Transform Your Business or Startup with...

The Naked Blockchain Masterclass 1.0 Round... 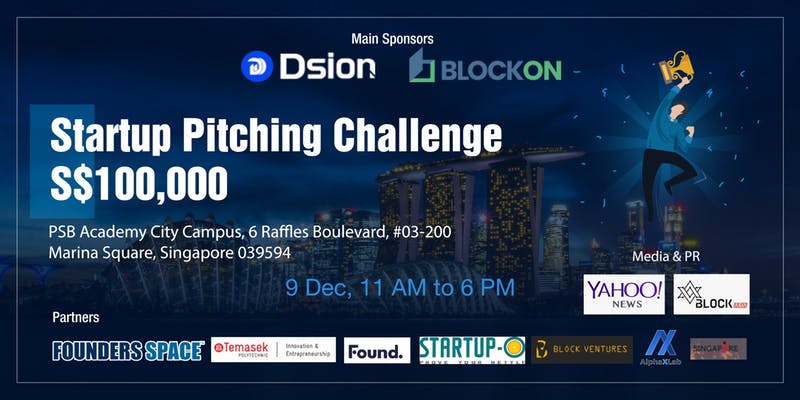